By Rebecca Totty
HARMONY GROVE — The Harmony Grove Hornets’ killer non-conference schedule wrapped up Friday night at Bill Manning Field. They faced the Class AA defending champions last week, losing to Fordyce 62-13. This week they met the defending champions of Class AAA, the Harding Academy Wildcats. They lost this one 38-7.
The Hornets first two drives ended with punts. The Wildcats punted on their first series, but then capped their second possession with a touchdown. Their RB Andrew Miller scored on a two yard run with 4:25 to go in the first quarter. The PAT was good. The visitors took a 7-0 lead which they never relinquished.
With :04 to go in the first quarter the Wildcats capitalized on a Harmony Grove turnover when kicker Kyler Ferrie booted a 28 yard field goal giving them a 10-0 advantage. After a Hornet turnover Harding Academy was able to score again as time expired on a 1 yard run by Miller. After adding the PAT they led 17-0.
Coach Neil Evns’ squad added two touchdowns late in the second quarter. The first came at 4:19 before halftime when QB Caden Sipe connected on a 23 yard pass for a score. The PAT was good. Harding Academy led 24-0. The second score came with just 25 seconds left in the half when Sipe connected with Miller on a 32 yard pass. The PAT was good. The Wildcats led 31-0. 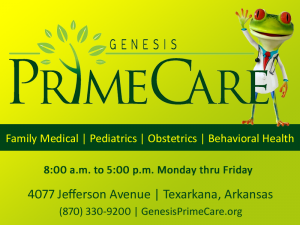 Early in the third quarter the sportsmanship rule was enacted after Harding Academy’s Miller scored his fourth touchdown of the night on a 1 yard run with 8:03 to go in the period. With the PAT the visitors led 38-0.
Coach Ernie Horstcamp’s team continued to fight managing to score one touchdown late in the fourth quarter. Lane Davis scored on a 3 yard run with about 14 seconds left in the game. The PAT was good and the contest ended with the final score of 38-7.
Harmony Grove falls to 1-2 on the season. The Wildcats improved to 3-0.
The Hornets begin conference play Friday night at Pine Bluff Dollarway. Kick-off is slated for 7:00.